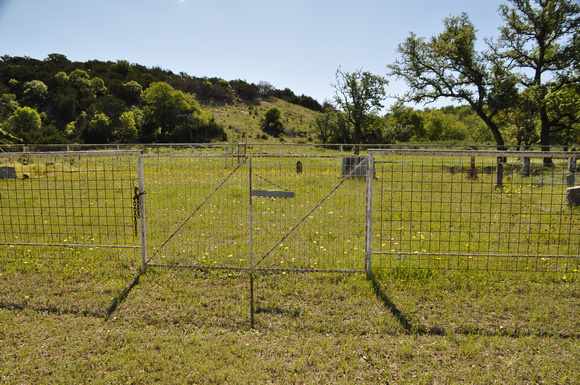 Historical Marker: Howard Henderson (1842-1908) came to Texas in 1857. He was a survivor of the Civil War Battle of the Nueces in 1862, in which he and other Unionists were ambushed by a Confederate force near the Nueces River. He later served as Texas Ranger. Henderson married Narcissa Turknett in 1866 and they settled near this site. In 1870, upon the deaths of their infant twin sons Thomas and Philip, they began a family burial ground which became known as Henderson Cemetery. Other family members and neighbors were also buried in the graveyard.