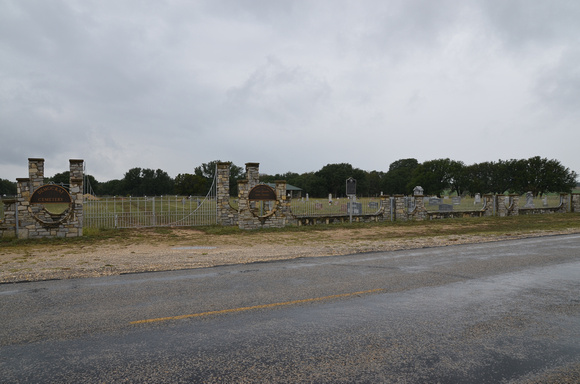 Text: Although settlement of this area dates to 1878, this graveyard was not established until the turn of the 20th century. The earliest documented grave is that of one-year-old Lee Ella Deen, daughter of W. F. and M. L. Deen, who died in November 1904. In February 1905, J. L. Chancellor deeded the surrounding three acres of land to the citizens of the Democrat and Rock Springs communities for use as a public burial ground. Among the early graves in the cemetery are those of a number of infants and children, victims of the influenza epidemic that raged worldwide in the early 20th century, and veterans of the Civil War, World War I and World War II. A reflection of area history, the cemetery remained in use at the turn of the 21st century.
Andrew Butler Photos
Powered by ZENFOLIO User Agreement
Cancel
Continue