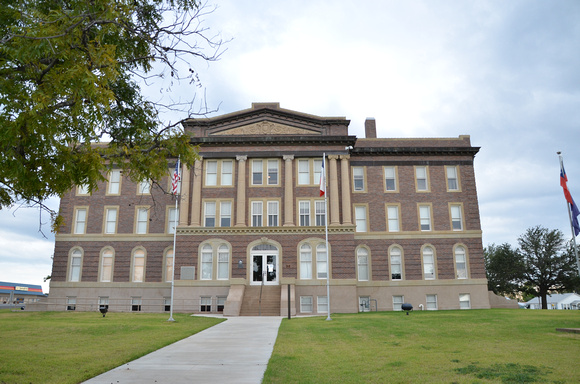 Text: Mills County Courthouse Mills County was formed in 1887, and citizens built a county jail in Goldthwaite the following year. In 1889, Goldthwaite was chosen county seat, and Oscar Ruffini designed the first courthouse; it served at this site from 1890 through 1912, when it was destroyed by fire. The county hired noted San Antonio architect Henry T. Phelps to design this courthouse, completed in 1913 by the Gordon-Jones Construction Company. Phelps chose the Classical Revival style for the three-story structure with basement, using a rectangular form, a central, ornamental pediment and fluted, engaged columns.
Andrew Butler Photos
Powered by ZENFOLIO User Agreement
Cancel
Continue