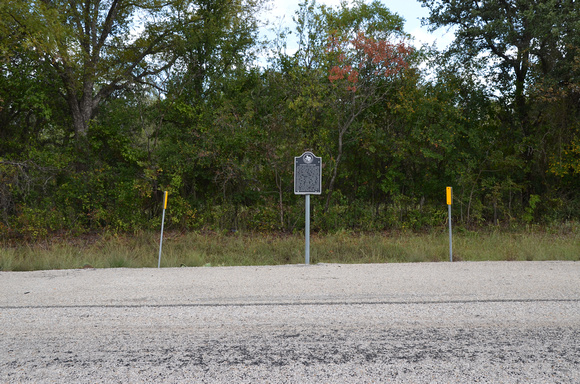 Text: Settlers Moses and Lydia Jackson set out one morning in October of 1858 with four of their seven children to spend the day with friends. As they neared their destination they encountered a small party of Indians, possibly Comanches. Louis and I. J. Jackson and their parents were killed immediately. The two middle children, Joshua and Rebecca, were abducted, only to be abandoned after almost two weeks. They walked for two days before being recovered by a search party of settlers and Texas Rangers near Sweetwater. The Jackson family was buried where they fell, a short distance from this site.
Andrew Butler Photos
Powered by ZENFOLIO User Agreement
Cancel
Continue