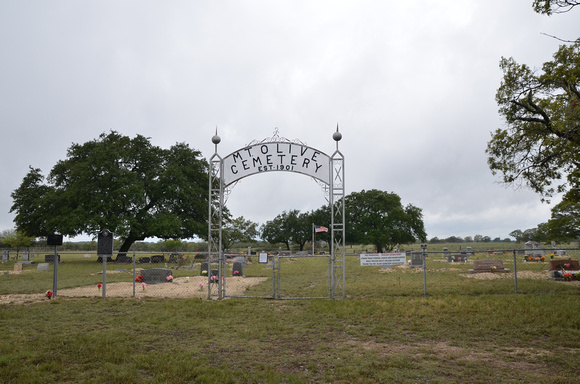 Text: Mount Olive Primitive Baptist Church was organized in July 1899 with nineteen charter members in the community of North Bennett. The new church adopted the articles of faith of the Old Harmony Baptist Association and called Elder W. W. Fowler as first pastor. The church purchased 15 acres of land in 1901 for a house of worship and cemetery. The church building also was used as a school-house and was shared with other denominations. Area population declined during World War ll, and by 1999 the church had four members. In addition to several of the church's charter members, many of the early settlers of the community are interred here, as are veterans of the U. S. Armed Forces. With more than 150 graves in 1999, the cemetery continues to serve the entire community.
Andrew Butler Photos
Powered by ZENFOLIO User Agreement
Cancel
Continue