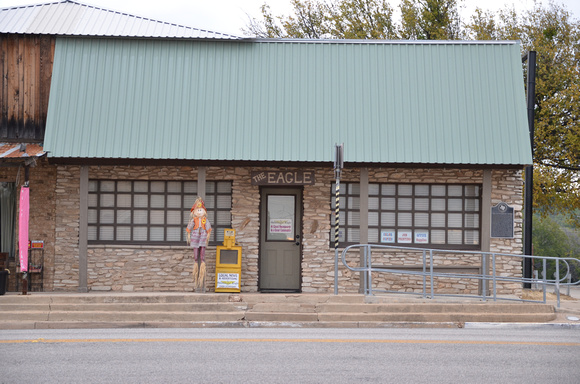 Text: In 1885 William H. Thompson (1842-1896) started a weekly newspaper, "The Mountaineer", which closed but was reestablished in 1894. He sold it in 1896 to R. M. Thompson, his nephew, who renamed it "The Goldthwaite Eagle". At that time eagles still lived in the hills of Mills County. The paper was bought in 1920 by Dr. E. M. Wilson. It changed hands between the Wilson and Thompson Families until 1950, when Charlie T. Wilson sold it to H. R. Ekins. A merger with "The Mullin Enterprise" made it the county's only newspaper. In 1971 Frank Bridges purchased "The Eagle" from Victor E. Koleber.
Andrew Butler Photos
Powered by ZENFOLIO User Agreement
Cancel
Continue