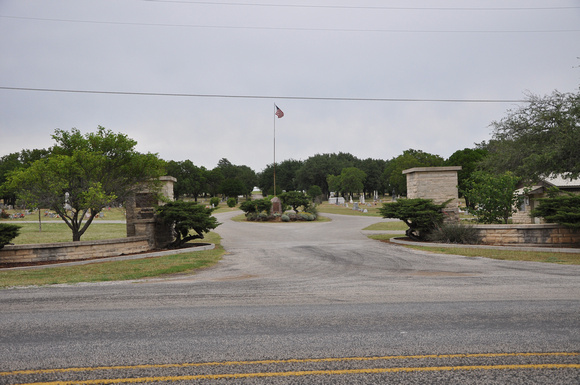 Text: Goldthwaite Memorial Cemetery In 1888, three local men bought land for use as a cemetery; the first burial was that of Houston Roberts. The Odd Fellows Lodge bought the grounds in 1894, adding land over the years. Watson Whittaker was killed during an 1898 train robbery and made headlines as a funeral train brought him to Mills County for burial here. The lodge sold the cemetery in 1943 to the city, and it became Goldthwaite Memorial Cemetery. Local groups made improvements and placed memorials to honor the sacrifice of area veterans buried here. Today, the cemetery provides a link to area history.
Andrew Butler Photos
Powered by ZENFOLIO User Agreement
Cancel
Continue