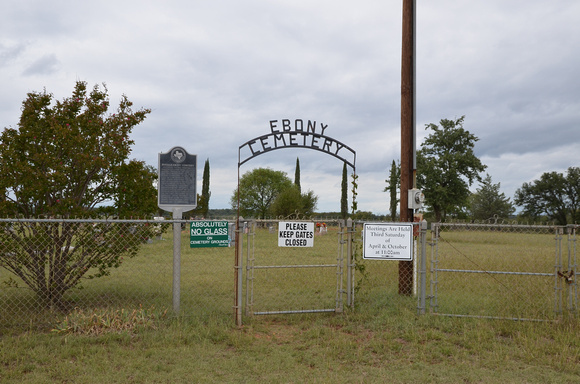 Text: According to oral tradition, this cemetery originated when two sheep herders camping in the area died and were buried here. The oldest marked grave, that of area resident William R. Yankee, dates to 1882. Frank and Mary Crowder bought this land in 1889 and Mary later donated the burial site for a community cemetery for Buffalo/Ebony residents. Area pioneers and veterans are among those buried in the cemetery. During the 1940s, the graves of three Reynolds family members were moved here after the land containing their original grave sites became part of Camp Bowie.
Andrew Butler Photos
Powered by ZENFOLIO User Agreement
Cancel
Continue