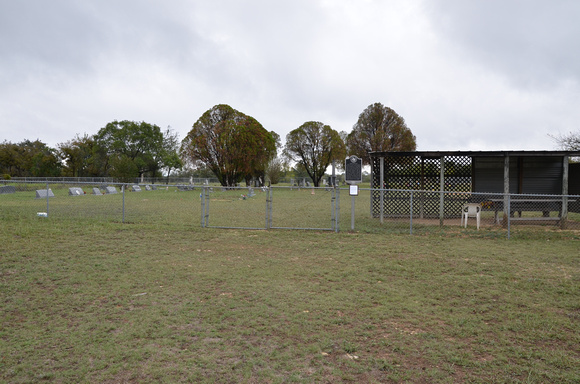 Text: After the Civil War families settled in this area, originally called Lookout. A.F. Smith deeded two acres of land in 1889 for a public school. Arthur Nixon, the infant son of W.J. Nixon and N.E. Nixon, died later that year and was buried on school land. When the school burned in the early 1900s, it was rebuilt in another location, leaving two acres for the cemetery. Among the more than 150 graves here are veterans of the Civil War, World War I, and World War II. The cemetery is one of the few physical remnants of the once thriving town of Caradan and still serves the community.
Andrew Butler Photos
Powered by ZENFOLIO User Agreement
Cancel
Continue