If Dollar General and Super Walmart Had a Baby. 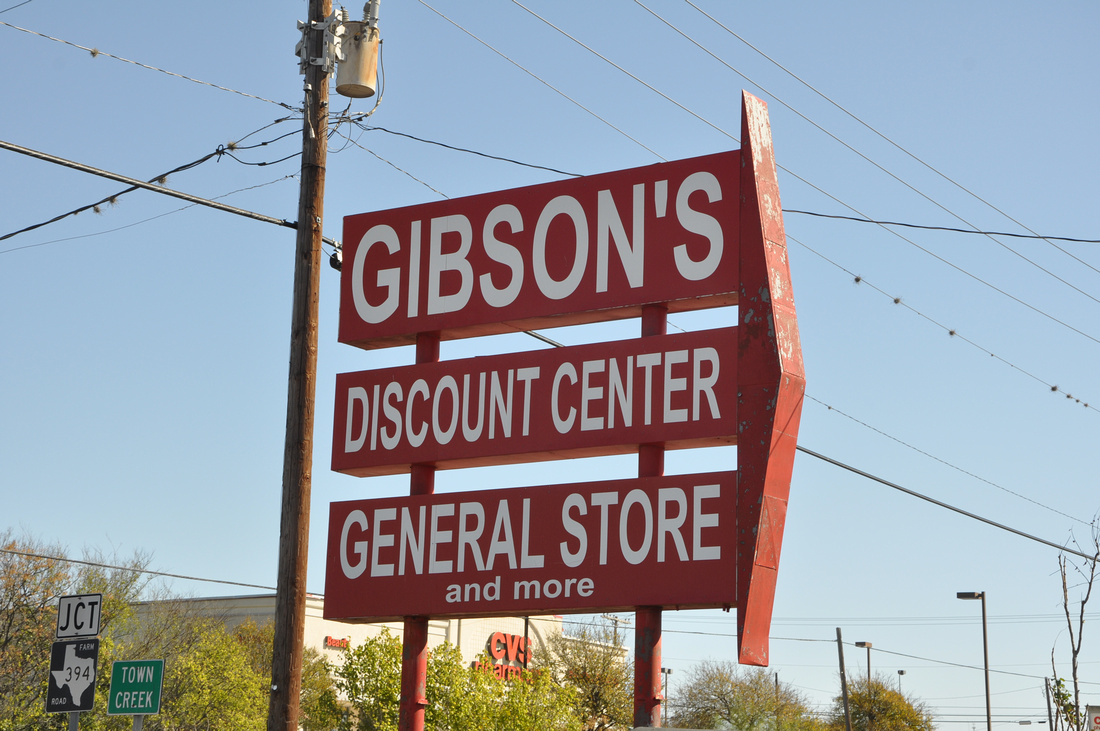 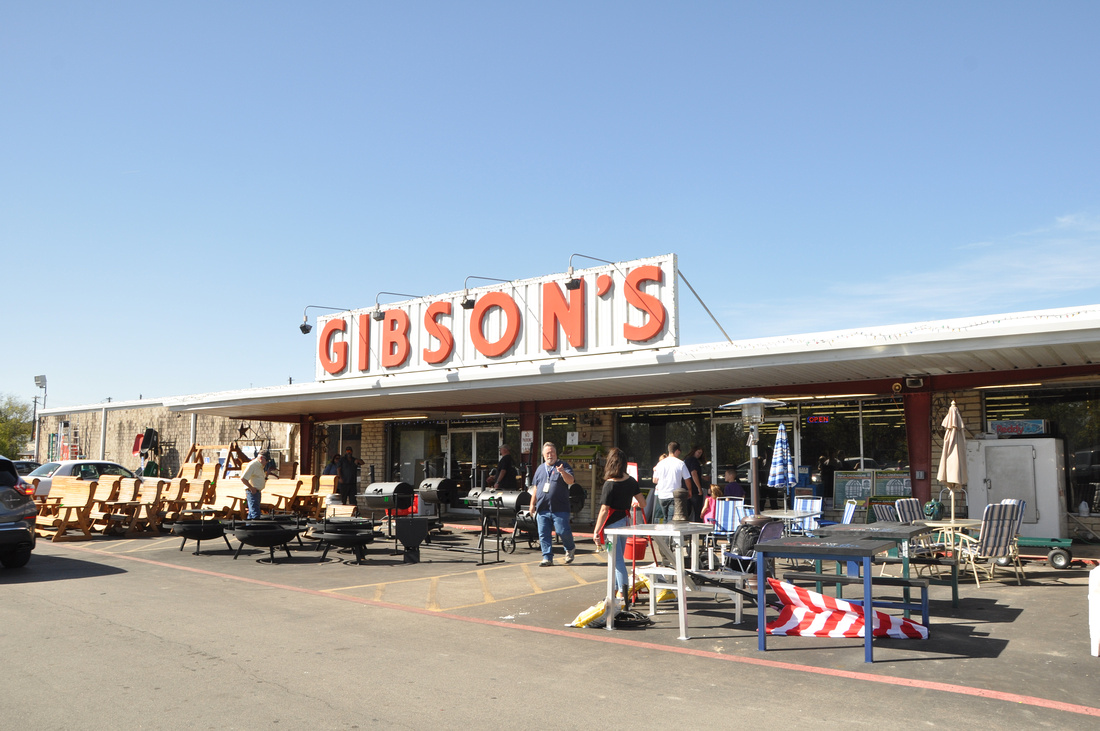 If Dollar General and Walmart Had a Baby

That baby would be Gibson’s Discount Center. Except that would be anachronistic since Gibson’s rose to fame before the other two. H. L. Gibson opened Gibson Novelty Company in 1932. His experience there led to the opening of the first Gibson’s Discount Center in Abilene, Texas, in 1958. Similarly, J. L. Turner and Son Five and Dime, a variety store, opened in 1935, eventually being renamed Dollar General  in 1955. Then Sam Walton opened his variety store, Walton’s Five and Dime, in 1950. The first Walmart followed in 1962.

Rather than their time sequence though, it is the type of store and the type of merchandise sold that links the three chains. All three owners began their retail lives with novelty/variety stores featuring inexpensive merchandise.

To get an idea of a novelty shop think of today’s Spencer’s Gifts. There, you can shop for lava lamps, head gear, beer pong variations, Simpsons items and more. Or consider Monkey See Monkey Do in Austin, Texas, which sells Rick and Morty figures, magnets, bacon candy, blind box toys, banana flavored dental floss and more.

A variety store on the other hand, would offer some novelties, but the bulk of their trade would come from household products, personal products, cleaning supplies, cookware and many more items. Sears, Roebuck and Company stores and particularly their catalogues are the perfect example of a well-managed variety store, and possibly the great-grandpappy of Gibson’s, Walmart and Dollar General, all three.

Gibson’s genius lay in the ideas of selling a variety of discounted items and franchising the stores. H. L. Gibson would negotiate with manufacturers to get a lower price on name brand goods than could be found in most other variety stores. An important part of their business model was that if one store had access to a certain manufacturer, all the other stores did too.

Toastmaster is an excellent example of what Gibson’s meant by name brand. Toastmaster has nothing to do with wine or with making toasts. Instead its name derives from what the very first item made by this company quickly delivered to American breakfast tables -- toasted bread. Toastmaster sells many types of home appliances, but takes its name from the humble toaster. Customers could count on a lower price on a Toastmaster product at Gibson’s than at other stores.

Whether it was a new toaster you were after or a new fishing fly-tying kit, you knew you would find the best one at the best price at Gibson’s. For the consumer it was only a step or two from paradise. You would quickly find the item you came for and then have time to browse the numerous aisles and departments for other tempting goodies.

You also knew better than to schlep into Gibson’s in your house shoes and hair rollers. You would always run into several people you knew. Often whole families would go to Gibson’s together -- there was something there for all ages. When my father would go to Gibson’s I always tagged along. Sometimes I was lucky enough to have a friend or two over at the time, and we would all be thrilled to go to Gibson’s. There were likely to be cute boys there who’d tagged along with their families. We would undoubtedly run into other friends somewhere in the store. The first place to check out was always the music department. There were always kids there listening to the new records being played by the clerk, or looking through the records and in later years through the 8 track or cassette tapes.

I had the great good fortune while in Kerrville, Texas, a couple of weeks ago to stroll through one of the last remaining Gibson’s. We didn’t know there was a Gibson’s in Kerrville and came upon it unexpectedly while rambling. Andrew immediately decided that finding a Gibson’s was definitely worth a photograph and a blog. We parked the car and ventured inside.

It was rather like stepping through a time warp -- just like the Gibson’s of long ago, but with early twenty-first century merchandise interspersed with timeless merchandise. It was very like a Dollar General in the sense that there were many things crammed into the space, and the space was not well-decorated nor nattily turned out. Unlike a Dollar General, we were still looking at great merchandise at a good price. It was sort of like being in a Walmart but with the merchandise crammed into half the usual area of a Walmart.

The place was certainly jumping. Aisles and checkout lanes were populated. We had difficulty finding a parking place and had to circle through the parking lot once before we could park. We didn’t check to see, but I’ll bet Kerrville has a Walmart Supercenter since even little Kyle does, and I’ll bet it was probably crowded too. Yet Gibson’s continues to draw people in.

There is a very popular Facebook group called “You’re Probably from Beaumont, TX if you remember ...” devoted to all things nostalgic about Beaumont. There have been many interesting threads about the Gibson’s in Beaumont. Some recall that for their families Saturday was Gibson’s day. Others share fond memories of working there while in high school. Worth a browse or two someday if you find time on your hands.

The last two Gibson’s are located in Kerrville, Texas, and Weatherford, Texas. The Gibson’s in Kerrville is well worth a weekend road trip, and I’ll bet the one in Weatherford is too.

Helena(non-registered)
As a long-time resident of Kerr County, I always felt very fortunate to have access to a Gibson's. Where else was I gonna find supplies for my kerosene lamps? And forty-odd years ago, they were about the only place to find good toys for my son, as well as Wrangler's for him and Levi's for his dad! Then when I moved into Kerrville twenty years later, there they were just a few blocks away, with offerings of quality tools, paint, and other materials to remodel my little house. Thank you, Gibson's, and thank you, Butlers, for posting this article and photos.