You've Heard of the Sultan of Swat. Meet the Rajah of Rude 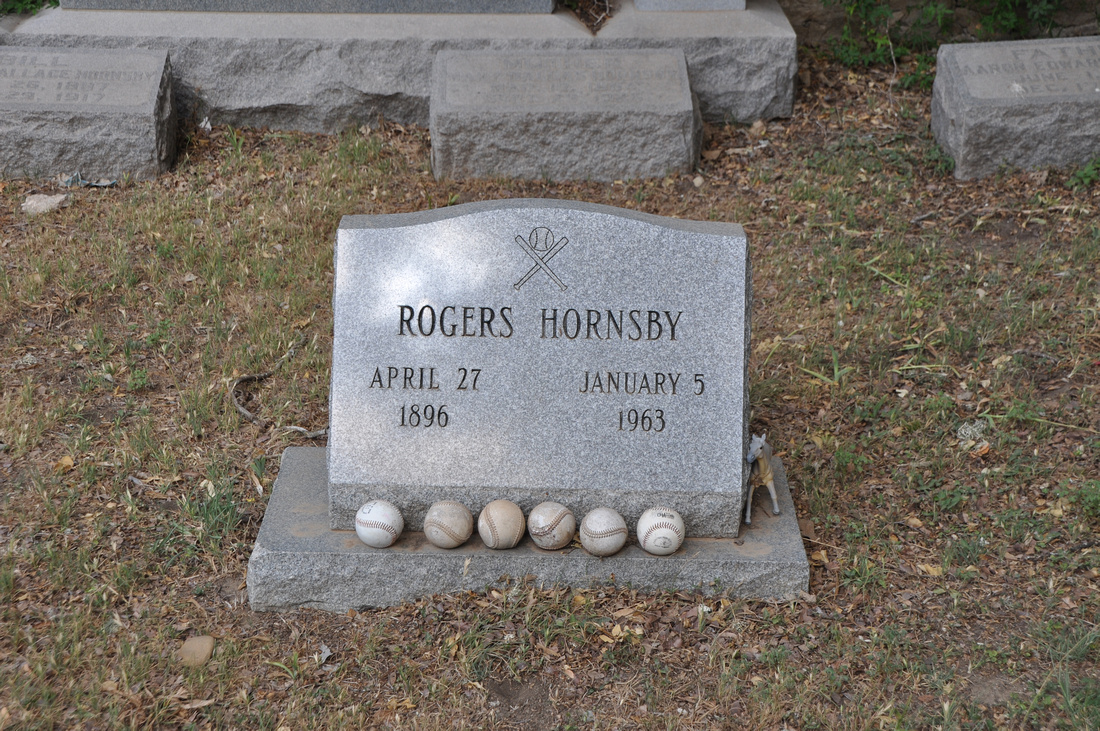 
Text: Rogers Hornsby, Sr. nicknamed "The Rajah", was an American baseball infielder, manager, and coach who played 23 seasons in Major League Baseball (MLB). He played for the St. Louis Cardinals (1915–1926, 1933), New York Giants (1927), Boston Braves (1928), Chicago Cubs (1929–1932), and St. Louis Browns (1933–1937). Hornsby had 2,930 hits, 301 home runs, and a .358 batting average during his career; he was named the National League (NL)'s Most Valuable Player (MVP) twice, and was a member of one World Series championship team. Born and raised in Texas, Hornsby played for several semi-professional and minor league teams. In 1915, he began his major league career with the St. Louis Cardinals and remained with the team for 12 seasons; in this time, Hornsby won his first MVP Award and the Cardinals won the 1926 World Series. After that season, he spent one season at the New York Giants and another with the Boston Braves before being traded to the Chicago Cubs. He played with the Cubs for four years and won his second MVP Award before the team released him in 1932. Hornsby re-signed with the Cardinals in 1933, but was released partway through the season and was picked up by the St. Louis Browns. He remained there until his final season in 1937. From 1925 to 1937, Hornsby intermittently managed the teams for which he played. After retiring as a player, he managed the Browns in 1952 and the Cincinnati Reds from 1952 to 1953. Sportswriters consider Hornsby to be one of the best hitters of all time. His career batting average of .358 is second only to Ty Cobb in MLB history. He also won two Triple Crowns and batted .400 or more three times during his career. He is the only player to hit 40 home runs and bat .400 in the same year (1922). His batting average for the 1924 season was .424, a mark that no player has matched since. He was elected into the National Baseball Hall of Fame in 1942. Hornsby married three times during his life, in 1918, 1924, and 1957, and had two children, one from each of his first two marriages. Known as someone difficult to get along with, he was not well-liked by fellow players. He never smoked, drank, or went to the movies, but frequently gambled on horse races during his career. Source Wikipedia

Rogers Hornsby is something of Texas royalty.  His great-grandfather was Reuben Hornsby, a Ranger, the man who built the first home in Travis County, and walked in the footsteps of Stephen F. Austin as he helped Austin survey the land in his colonies. Rogers Hornsby did his best to enhance the family name, earning the nickname The Rajah. When he died at 66 in 1963, he was buried in Hornsby Cemetery, a privately owned cemetery requiring permission to enter,

Rogers Hornsby loved baseball above everything else in this world. In 1912 at 16, he agreed to wear a wig and dress as a girl so he could tour with the Boston Bloomers, an all (supposedly!) women's baseball team from Boston tcurrently playing college teams, municipal teams and even professional baseball teams across Texas. At 18 he played in the minor leagues, steadily working his way into the major leagues throughout the 1920s and 30s, establishing his baseball legacy. In his 40s he taught at children's baseball camps and in his 50s he managed  minor league teams.

As a player he earned a lifetime batting average of .358, second to Ty Cobb's .367, but ahead of Babe Ruth's .342. He also bested Babe Ruth with 2,930 career hits to Ruth's 2873. Hornsby played for such celebrated teams as the New York Giants, the Chicago Cubs and the St. Louis Cardinals. He played with the St. Louis Cardinals in 1926 when they won the World Series. Since his  first name was Rogers, he often answered to Rog. His solid reputation as a hitter led to the association of Rajah with his name. Despite these notable bragging rights, he is described by many of his contemporaries as a curmudgeon and a jerk and some called him the Ragin' Rajah because he had a bad temper.

Anecdotes of his curmudgeonly behavior abound. For example, in 1926 as player/manager of the St. Louis Cardinals, one day in a fit of pique, Hornsby refused to allow the owner of the team to enter his own clubhouse. He is said to have often disparaged the outfield of his own team, once calling the outfield of the New York Giants clowns. Teammates recall that Hornsby wouldn’t compliment players for big plays they made because he didn't believe in praising someone for simply doing their job. In 1950 while managing the Beaumont Roughnecks, they won the Texas League pennant. As a huge thank you gesture the town proclaimed Rogers Hornsby Day and gave him a new Cadillac. Hornsby supposedly muttered a terse version of "Great. Let's play ball."

On the other hand, rather than a bad-tempered curmudgeon, perhaps Hornsby was only a crusty, impatient man, tactless in the things he spoke rather than deliberately offensive. After all, he loved teaching the baseball camps and was quite popular with the kids. He was very patient with them, making sure every child got a fair amount of time in each position and drill. He was quite talkative to the press and upper management when the subject was baseball, and if there wasn't a game waiting to be played. Consider, too, that some of the men who spoke negatively of the Raj were jealous of him professionally. Above all, when he passed away at 66 and was buried in Hornsby Cemetery in Travis County, Texas, many people made the trek from California and other places to attend his funeral. Even today people come from all over to see his grave and to leave a baseball on it.

All of these stories about him are widely known and searchable on the internet; but, many of the stories contradict. They suggest he was undoubtedly an annoying old cuss, but that doesn't mean he was a deliberately caustic old scoundrel.